Who should be apologizing? 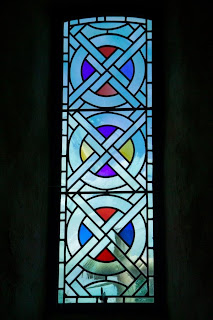 In today's Grand Rapids Press, Juanita Westaby announces her shame of being Catholic, her ruminations about leaving the Catholic Church and finally, "apologizes" to everyone who's ever been hurt by a member of the Church. (You can read her column here: http://www.mlive.com/living/grand-rapids/index.ssf/2010/04/juanity_westaby_as_a_catholic.html ) All of this is in light of the priest abuse allegations and scandal now swirling in Europe.

Who does Juanita Westaby think she is?

It does not appear that Ms. Westaby has ever committed such a crime. Neither, as a life-long member of the Catholic Church, have I. And I'm not about to apologize to anyone for this horror. Am I wrong, or is she?

She says, "All the wishing in the world on my part won't change that [the betrayal of the victims]. My lifetime faith in this church is not enough. I can't do anything about this, except one thing." And that one thing is to apologize.

I also cannot imagine what an apology from this seemingly nice lady would do for ANY victim of anyone who's been hurt by the Church. That's an empty apology if I've ever seen one. What is the value of an insincere, misguided apology?

I also would tell her that she should save her apologetic breath and pray for all the good priests who cannot hug a kid without casting suspicions on themselves. She should pray for the souls of all those who played checkers with the guilty priests, moving them from parish to parish like plastic play pieces on a game board. She should pray that the spirit of forgiveness can penetrate the souls of the hurt, the damaged, the victimized, and that healing can be realized for all of them.

By offering an apology on behalf of the Church, the Church is further scandalized. That type of apology is empty and the people who truly need to be held accountable are "off the hook", so to speak.

We, the Church, should not settle for this. And I'm not apologizing.
(photo from freefoto.com)
at April 17, 2010