Sit down and listen!! 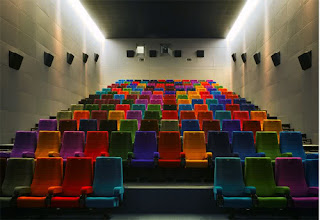 When my kids were little (and I had five kids under the age of five at one point),  my days were always rushed.  There were messes to clean, shoes to put on, owies to soothe, and other endless, minute tasks that needed my attention RIGHT NOW.  Bedtime was sweet relief.
Now, my kids go to bed far later than I do.  There are still messes to clean, but I badger them to do it.  The kids don't need my attention all the time, and frankly, would be happiest if I just left them alone.
I am getting ready to send Oldest Son off to college.  It struck me yesterday that he doesn't know enough to go to college.  Oh, I'm sure he'll manage academically.  It's just that I have a lot of stuff to teach him, and only a few short summer months to get that stuff into his head, make sure he hears me, and apply all my valuable lessons to his life.  I just want him to sit down and listen, and while he's at it, get his siblings to gather round and listen to me too.
In my saner moments, I realize this is not going to happen. And it probably (I'm not willing to concede more at this point in time, thank you) shouldn't happen.  He's going to have to figure some things out for himself.  Just like I did.  Just like most people do.  I did, and I'm glad I did.  I guess what I really want to do is save him the headaches and heartaches, the bumpy road, the "learning experiences" that leave one with....well, owies.  The kind of owies that Mom can't really soothe.  You have to deal with them yourself.
He's worried about money right now - how he's going to pay for books and things.  Quite frankly, he's much better off than  he knows, and far, far better off than his dad was.  I tell him it's going to be okay, and I believe that.  He doesn't.   I wish he'd just sit down and listen, but deep-down, I know he won't, can't and shouldn't.
I guess the only satisfaction I'm gonna get out of this is, at some point, Oldest Son is going to have this same moment in his life, wanting his kid to sit down and listen, and he'll quietly, happily think,  "Mom was right."
at June 22, 2010