Death, Dying and all that stuff. 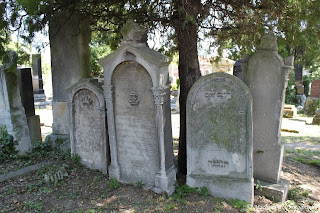 I am in the midst of dealing with my first funeral in my new job.  That means meeting with the family to plan the funeral mass, making sure they have what they need for the viewing and funeral, coordinating with the funeral home, etc.  I'm not being morbid when I say that I like doing this.  It is an honor to be with people at such a vulnerable time, and an honor that they allow you to be part of their lives in such an intimate way.

I am constantly amazed at how much I do NOT know, but I actually have learned a few things about death and dying in the past few years.

1.  There is no time-table on grief.  You might think you're "over it" (or someone tells you that you should be) and then grief reaches up and smacks you in the face.  You open a box of Christmas ornaments, and grief is lurking there.  You hear a laugh at a family part, and grief grabs you.  A piece of music nearly strangles you with grief.  There's no "done" with grief.

2.  We need the rituals of death and dying.  Yeah, it may be someone's last wish to be quietly cremated and have no service, but that doesn't do a darn thing for the living.  We need to be able to talk, walk, cry and wail with each other in order to put things in perspective.  Funerals aren't for the dying; they're for the living.

3.  It's okay to be mad at God.  I've yelled at Him about the death of a loved one.  I knew it wasn't His fault, but I needed to yell at someone, and He was available.  It's okay;  He understands.

4.  Students have told me, in the past,  "I don't know what to say" when talking about funerals.  I always tell them,  "It's okay;  NO ONE knows what to say."  You just show up.  Wasn't it Woody Allen who said that most of life was just showing up?

6.  God knows grief.  Intimately.  Think of how many people He has loved and lost.  That's grief.  Trust that He will be with you, and understands.

7.  It doesn't matter how many times or how many ways you go through it, grief is hard.  It may be the hardest thing we have to do as humans.  Let's hold each other's hands.
at July 20, 2010