Does "living together" really help you get ready for marriage? 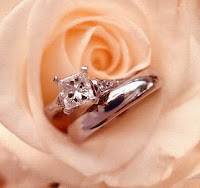 Examining the rate of cohabitation by structure of family of origin, 5.6 percent of women who grew up in intact married families have had two or more cohabitations in their lifetime, followed by women who grew up in intact cohabiting families (11.1 percent), those from single divorced parent families (11.6 percent), married stepfamilies (12 percent), cohabiting stepfamilies (12.9 percent), and always single parent families (13.5 percent). Overall, women raised in intact married families are only half as likely to have had two or more lifetime cohabitations as those from all other structures.
Clearly, the sins of fathers and mothers get visited upon the next generation (and the next, and the next.....)  The best gift we can give our children?  A happy,  healthy, lifelong marriage.
at July 06, 2010