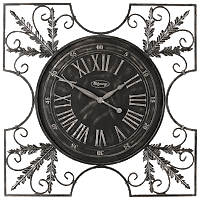 I was at a meeting last night for a new social justice ministry at church.  We're trying to figure out how to do the enormous task ahead of us:  educate our fellow parishioners on what the Church teaches about social justice, and then encourage them to put these teachings into practice in their own lives, and here at church.  I suggested that we focus on doing two or three things very well, rather than on trying to do a dozen things scatter-shot.

Then I started thinking that this is a good rule for life in general.  A lot of us pride ourselves on "multi-tasking":  making dinner while checking email while overseeing homework while throwing in a load of laundry while walking on the treadmill.  We get it all done, but none of it very well, or at least attentively.

Awhile ago, I was asked to provide the dessert at a funeral luncheon for a Franciscan sister who had passed away.  I never knew her, but had been told by those who did that she had a heart for cooking and especially for hospitality:  creating a warm and welcoming environment for feasting and friends.  When it came time for me to get the baking done, I (of course!) had a million other things to be done, and I was thinking,  "Okay, I'll chop up this rhubarb and then I'll throw in a load of laundry.  If I can get that done by 10, then I'll be able to...." And then I stopped myself.

I had been given the honor of being part of the celebration of this woman's life.  This was a woman who, by all accounts to me, had been attentive to the details of putting on a meal:  the "little touches" that make a visit with friends memorable.  This final meal, in her honor, was going to be done - in part - by my hands and my heart.  And I wanted to get it done with as quickly as possible, with as little thought as possible.  And that was wrong.   So I stopped myself, took a breath, and paid attention to what I was doing, and I enjoyed every minute of it!

Take your time with something this weekend.  Do one thing and do it well.  Enjoy it.  Slow down and breath.   It will be worth your time.
at October 07, 2010