U2 and the Vatican

L’Osservatore Romano, the Vatican newspaper, has again paid tribute to the Irish rock band U2. Lauding the band’s performance before 75,000 in Rome on October 8 Giuseppe Fiorentino and Gaetano Vallini note with approval that Bono, the band’s lead singer, asked those in attendance to pray for Burmese political prisoner Aung San Suu Kyi-- an action that “demonstrates that engagement in favor of human rights and against poverty does not necessarily end in political correctness.”

Nothing cooler than a rock star with a conscience! 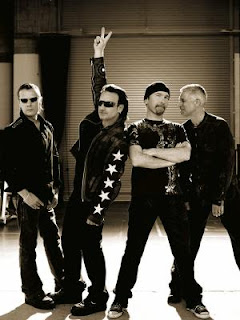