I hate my teenage daughter? 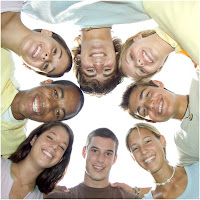 Fox TV is promoting a new fall show, "I Hate My Teenage Daughter", described on their "211" website:
I HATE MY TEENAGE DAUGHTER  is a new multi-camera comedy about two best friends who are single moms struggling to raise their difficult and over-privileged teenage daughters.

I am an expert in teenagers.  I have five of my own, and if that doesn't make me an expert, I don't know what does.  Here is what I know about teenagers:

They are annoying and messy.  They are also kind and generous.
They are thoughtless and self-centered.  They are also learning something new about themselves and how to negotiate the world nearly every minute.
They cannot fathom mortality, and that can make them reckless.  Yet they are some of the fiercest defenders of life and human rights.
Boundaries??  What boundaries???  Yet teens know when  something is wrong, really wrong, and want to make it right.
They are short on experience but long on adventure.
They are wearisome.  Sometimes they need to learn the same lesson over and over before it sinks in.  But they get it eventually.
They think that they are the smartest human beings on the planet, and that adults are, well, dumb.  And yet, they listen to, ask, focus on and emulate us.
I know that like all of us, they don't want to hear the  words, "I hate you".  That's hurtful, especially to a group of very vulnerable humans, which is exactly what teens are.

I don't hate my teenage daughters, or my teenage sons for that matter.  I rather like them.  They are fun, bold, creative and generous.  I feel sorry for the folks at Fox and for anybody that looks at that show title and thinks, "Yeah.  Me, too" because they are missing a grand adventure.
at July 29, 2011