Time for a new game plan 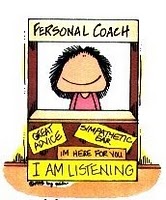 No matter how you look at it, good parenting is a challenge (bad parenting is easy....).  You have a million opinions on how to raise one kid, what works for that kid doesn't work for another, and you don't really have any idea how things will turn out for decades.

The challenge Dear Husband and I are facing now is parenting older teens.  We've got one starting his second year of college (he's living away from home) and one starting his freshman year at college - living at home.  The rules just changed.

Eldest Son is making a lot of choices that we know are bad.  We know they are going to have deep and severe consequences, and that the choices are going to be regrettable.  He doesn't see it that way.  I don't want every conversation to turn into a fight, so finding some balance of admonishment and empathy is proving to be very difficult.

Tallest Son is choosing to live at home as he starts college.  Fine with  us - we love having him around.  However, he's sort of an adult, sort of a kid.....how to parent him?  It doesn't seem fair to track his every move - if he were living in a dorm, we wouldn't do that.  However, since he's home, it's only fair for him to let us know his plans.  Plus, he's living rent-free, so he's got chores and responsibilities to take care of, and I still have to nag.  We had a conversation yesterday about this new playing field we find ourselves on, and we're all still trying to negotiate it.

The key, it seems, is like a lot of things in life:  listening.  I have to listen to them, they have to listen to me, and then we have to make our own decisions.  I also want my kids to know that I'm navigating this new territory right along with them:  I don't have it nailed down, and we need to work together.

I'll let you know how it all turns out.  Probably ten years from now......