Expanding your vocabulary, and making friends with Wil Wheaton 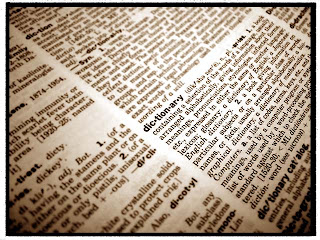 Oh, the joy of words!  How much fun to increase one's vocabulary, learn something new and fly one's freak flag!  From the Mental Floss website, a list of words one MUST know - just for the sheer fun of it!  Besides, who wouldn't want to know a word that literally means "grief bacon"??


1. Kummerspeck (German): Excess weight gained from emotional overeating. Literally, grief bacon.
2. Paper-belly: A person unable to drink liquor straight, or one who grimaces after drinking.
3. Petrichor: The clean, pleasant smell that accompanies rain falling on dry ground. It’s from the Greek petra (stone) and ichor (the blood of Greek gods and goddesses). The term was coined by two Australian researchers in 1964.
4. milliHelen: The quantity of beauty required to launch just one ship.
5. Dysania: Having difficulty getting out of bed in the morning.
6. Karoshi (Japanese): Death from being overworked.
7. Lawn Mullet: A neatly manicured front yard and an unmowed mess in the back.
8. Koi No Yokan (Japanese): The sense upon first meeting a person that the two of you will fall in love.
9. The Wheaton: The delightfully geeky Wil Wheaton was one of the first celebs to attract a massive number of followers. When half a million people subscribed to his Tweets, that number was dubbed a Wheaton by John Kovalic. Today, Wil Wheaton actually has about 3.8 Wheatons.
10. Oldfangled: Old fashioned.
11. Bakku-shan (Japanese): The experience of seeing a woman who appears pretty from behind but not from the front.
12. Zeg (Georgian): The day after tomorrow. Why don’t we have a word for the day after tomorrow?
13. Crwth: An ancient Celtic musical instrument. Comes in handy when you’ve got no vowels in Words With Friends.
14. Punk Day: A day when children are admitted to a carnival or circus free.
15. Badinage: Playful, joking banter.
16. Pretzel-bender: 1. A peculiar person; an eccentric; one who thinks in a round-about manner. 2. A player of the French horn. 3. A wrestler. 4. A heavy drinker; one who frequents bars.
17. Glabella: The space between the eyebrows.
18. Tsktsks: Who knows? But it’s the longest vowel-free word you can play in Words With Friends (however, its play in WWF is only possible should you elect to use a blank tile as the second ‘K,’ since there is only one ‘K’ tile per game).
19. Gay-cat: A hobo not wise to the ways of hobo life; a hobo who is considered unacceptable by his fellows.
at December 21, 2011

Email ThisBlogThis!Share to TwitterShare to FacebookShare to Pinterest
Labels: humor, other blogs, writing