"There are so many things wrong with this," she said, sadly shaking her head 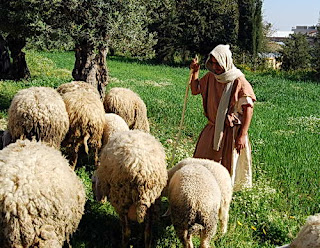 So, Jeff DeGraff in The Huffington Post is belly-achin' about the changes to the language of the liturgy.  He likens it to the reformulation of soda:  the "new Coke", if you will, of the Vatican.

Bull-feathers! (As my mom would say.)

First, he says it's as if someone changed the lines to a beloved Broadway production.  Then it's a Michael Bolton cover of a Ray Charles classic.  Finally, he slaps down the trump card.  It's the greatest marketing blunder of all: "New Coke".

To further "prove" his point, he calls on Kathleen Kennedy Townsend (a politician, not a theologian), who wrote a piece called "Out of step with the flock" in the Atlantic.  DeGraff's comment on her piece:  The Church doesn't belong to the Vatican, Cardinals or Bishops. It belongs to the faithful who are capable of interpreting the tenants of their faith for themselves. In short, we didn't ask for this change to the Mass and from all indicators didn't want it.

There are so many things wrong with this;  it's like an idiot's smorgasbord.


Let me first point out the glaringly obvious:  the Mass, the Sacred Liturgy, the most perfect prayer is NOT a Broadway production meant for us to watch, enjoy, bask in the glow of, and then go out and get a martini and a steak.  It is meant for us to encounter Christ, and enter into Eternity, however briefly, participating in the most Holy Sacrifice of Christ's Life, Death and Resurrection.  It should be as good as we can make it, humanly speaking, and if that means tweaking the language, so be it.

It's not a concert, where we get to critique the "cover" of a hymn by the choir, or a re-formulation of a treat like a soda or a candy bar.

Then, there's the perhaps not-so-obvious.  The church belongs to the faithful.  Uh, no it doesn't.  It belongs to Christ.  It's His.  He founded it, He runs it.  We get the great blessing and responsibility of belonging to it, but it ain't ours - at least not in the proprietary sense.  Ms. Kennedy Townsend's piece is laughably titled, "out of step with the flock".  What shepherd lets his flock lead the way?  Sheep are idiots!  They'll all follow each other merrily into a pack of wolves, left to their own devices.  A few will straggle off into the woods, where predators lurk.  No, the sheep have to stay in step with the shepherd, not the other way around.

Mr. DeGraff states:  I suggest that we say our prayers in our own voice. If that's the old way, great, or if you are feeling particularly creative maybe you make up your own words - just like the big shots do. Or we can just leave the translating to God.  That, sir, is the Tower of Babel.  You might want to pull out your Bible and read about it.  It didn't work out well.

What does work well?  Obedience.  It's not about liking the play we're watching, preferring one brand of soda over another, or being mad when someone with authority over us does something we prefer he not do.  It's about submitting to the will of God, walking behind the Shepherd and not in front of Him just because you think you know better.  It's hard.  And it is exactly what we are called to do:  My sheep hear my voice; I know them, and they follow me. I give them eternal life, and they shall never perish. No one can take them out of my hand. My Father, who has given them to me, is greater than all, and no one can take them out of the Father’s hand. The Father and I are one.”
at January 07, 2012