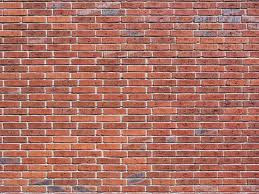 You may have noticed, dear reader, that of late, I haven't been posting much. I've been really angry.

Anyone who traversed the '70s is at least fleetingly familiar with the five stages of grief, a la Elizabeth Kubler-Ross: denial, anger, bargaining, depression and acceptance. For the last couple of weeks, following my daughter's assault, I've been angry. I'm angry at myself for not keeping her safe (and yes, I know that's irrational. Don't bother trying to talk me out of it.) I'm angry at God and all his angels for not keeping her safe. I'm angry at the cop who has a hard time believing her because she can't remember things in the right order, time and time again. (If you think the follow-up to a rape is just like "Law and Order" where dedicated cops pursue the truth with a vengeance and see the case through to the end....well....not so much.) I'm angry at the school that just let my daughter...walk out. No parental pick-up, no nothing. I'm angry.

In my anger, I've found it hard to be reflective, write, pray. Hell, I can't even sing, and singing is my favorite way to pray. At Mass, I'm like a drunk, three days sober, who just got invited to the family barbecue where the beer is flowing. I'm white-knucklin' it all the way. In fact, two weeks ago, the only way I made it through the sermon was to count the bricks behind the altar. It didn't matter that I kept losing track - I just kept counting over and over and over, anything to keep from listening to something I couldn't handle or from fleeing. I'm hoping it will pass soon.

I'm beginning to wonder if I will have an Easter this year, or if my Lent will simply continue on and on. I hate to think of Easter Sunday as a day of counting bricks. Elie Wiesel, the Holocaust survivor and writer (who clearly has much more to be angry about than I do), once said, “I have not lost faith in God. I have moments of anger and protest. Sometimes I've been closer to him for that reason.” I completely understand, and I know that God doesn't mind my sitting in church, counting bricks. So, I will keep doing it, until I don't need to do it anymore.
at March 10, 2012