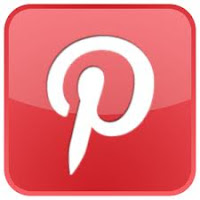 If you're not familiar with Pinterest (you're probably a guy...), you might imagine an online bulletin board where one can "pin" favorite photos.  You can create your own boards (say "Dresses I Like"), follow what others are "pinning", "repin" or comment on someone else's photo and search for photos you want to "pin".  Most of the stuff on Pinterest - at least in my experience - are things like home decor ideas, jewelry, hair styles (clearly, it's primarily a feminine domain).  It's the idea of making a collage online - the stuff you used to put on your bedroom bulletin board or your high school locker.

And then I read the pro-abortion stuff.

I was just casually flipping through photos, and I think the category I was in was titled "My Life".  There was a "pretty" sign that said, "If you don't agree with abortion, don't have one".  (I know: original.)  Perhaps it's the Irish in me, but I just couldn't let that go.  I wrote back:  "That's like saying if you don't agree with child abuse, don't abuse your child.  Would you speak up if someone was beating their child right in front of you?"

Is Pinterest the right place to get political?  Should I have just let it go?   After all, Pinterest is mainly about pleasant pictures and jaunty stuff, a diversion from work or study for a few minutes to look at ideas of things you like, want to try out or might want to have.  It's not about political statements or weighty matters.  It's not about arguments and picking sides.

I suppose part of me thinks,  "Say something that stupid (and it IS a stupid argument for abortion) and you're gonna get what's comin'..."  But the bigger issue is this:  isn't EVERY place our mission field?  Aren't we SUPPOSED to be salt and light, regardless of where we are?  Yes, I believe we are.  I don't plan on making it a habit to hunt down things like this on Pinterest, but if I run across 'em....

We have to speak the truth, even if it's on a website for pretty pictures.