I know that since about the mid-1960s, teens in the US have faced a wall of sin and temptation, usually as soon as they cross the threshold to school every morning.  Sex, drugs and rock-n-roll, baby, live and in person. Alcohol flows, condoms are dispersed and everybody's doin' it.

Dear Husband and I have always talked to our kids about all this stuff, and have tried to be really sensible about it.  As I mentioned, since I'm not naive, I haven't ever thought, "MY kid's NEVER gonna....", but the message we have always given our kids is:  No.  No drugs. No sex.  No alcohol.  No. (If you get into trouble at a party, call me.  I'll come get you.  And we'll talk.  Yeah, we'll talk.)

Here's is what I don't get.  Curly-Haired Daughter has a number of friends who's parents seemed to have completely abdicated the fight.  Here's the box of condoms.  Just make sure you drink at home so we "know you're safe."  One set of parents even bought their kid an old camper so he and his friends have a place to get high. One kid got an MIP (minor in possession charge), and the next night his mom was dropping him off at a party, after making sure "nobody had any alcohol".  Huh?

Honestly, I can't figure this out.  Do the parents just not care?  Are they too tired or busy?  Do they figure it's all so inevitable that there is no way to stem the tide, so they're just going to try to minimize the damage?

To me, it's like telling your kid:  "Shoplifting is wrong.  Very wrong.  Don't ever do it.  Now, that being said, I want to make sure you don't get caught, so here are my tips.  And if you do get caught - no worries.  I'll be there to bail you out."

Parents without backbones - unite!  Time to stop allowing your kid to do whatever he or she feels like doing.  Because guess what?  It's damaging them!!  It hurts them:  mentally, physically, spiritually, emotionally.  And the only message they are getting from Mom and Pop is:  don't bother us with this.  Leave us out of it.  It's too hard. 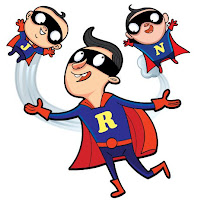 I am the first to admit that raising teens in today's culture is no picnic.  But there is no excuse for well-educated parents to simply give in.  Your kid needs you:  be the adult, be the parent. Be a superhero in today's culture and prove to your kids that you care, you will hold them to a high standard and they can succeed.  Don't just hand them the keys to the liquor cabinet and look the other way.  Your kid - every kid - deserves better.