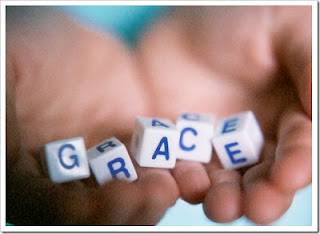 I work with a bunch of folks who work hard every day to bring truth to the world. One project has been translating the work of Abraham Kuyper, a Dutch Reformed theologian whose work revolved around "common grace":  “this is not a saving, regenerating, or electing grace, but a preserving grace extended to the world God has made, and is seen in the human inclination to serve one’s neighbor through work, pursue shalom in broken situations, and defend equity in all forms of interaction.”

My weekend started at 4:45 a.m. Saturday morning, when my husband nudged me and told me we needed to go the ER. He has a minor heart condition that was acting up, and we had to go get him hooked up to an EKG and make sure he was okay. He was.

The only problem was, that I had made a date with Dark-haired Daughter that day. She's been hospitalized for months, 2 1/2 hours away from home, since February, following an assault. It was her first day pass, and we had planned a girls' day out. My plan had been to drive down there on Saturday morning, spend the afternoon with her, and drive home, but blurry-eyed, I was afraid a round-trip would be too much for me (I don't like driving all that much anyway.) There was miles of construction that would slow down my return trip til late on Saturday, and I knew I wouldn't be a safe driver with all those miles and lessened sleep. AND, I had to be back home early Sunday, as we were celebrating Graduation Mass for Curly-haired Daughter and her classmates at our parish.

Dear Husand and I decided I shoulde get a hotel room for Saturday night that would put me near Dark-haired Daughter, but closer to home for a quicker ride on Sunday morning, in the hope that construction slow downs would be minimal in the early Sunday hours.  The issue, of course, is that money is always tight, but it still seemed the best plan. I booked the room, mentally making dollar signs, adding and subtracting to budgets and weekly needs, and then hauled out my suitcase.

I hadn't used that  suitcase out for about two months, when I'd made another trip to visit Dark-haired Daughter, and then spent the night with a dear friend. We visited that night, caught up, ate and drank, cried and laughed, as only old and dear friends can do. As I was was preparing for this trip, I found a little envelope from that friend tucked into the corner of my suitcase. It was just a tiny card, with her name and some cash folded inside. Cash that made my weekend so much easier.