"A Brave and Daring Girl" 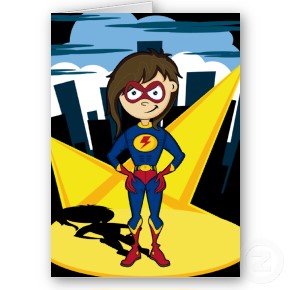 Most people figure if you've got a mental illness, you're probably...weird. Off balance. Off-putting.

If you also happen to have cognitive disabilities - a lower IQ - then...you're really sunk.

Dark-Haired Daughter has both. She has bipolar and a relatively low IQ. And it is hard sometimes, for her and for us.

When she was abducted, she managed to escape what we have come to believe is a sex-trafficking ring. It is a bit hard to piece her story together, but she said she was in a house where there were several other girls, all locked in separate bedrooms, with their clothing taken away. She managed to get away by taking the key from the pocket of one of her abductor's, wearing only a sheet.

Curly-Haired Daughter said, "She is a brave and daring girl. I swear, if she was in a train when it collided with another one, she'd pop out, and drag other people with her."

The next time you see a mentally ill person on the street, or on the bus, or next to you in the pew, and your reaction is to inch away, be careful. They might just be a super-hero in disguise: a brave and daring person, who has saved a soul or two.
at June 22, 2012