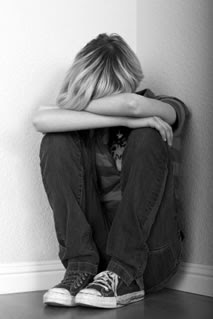 I've got three sons. I have no idea how their minds work.

It can be tough being a mom to boys. I know how girls work: I am one. I know that we like to snuggle in bed, watch a mindless movie and chatter. We pick out nail polish. We fight over clothes - what's modest, what's mine. I know that a pint of chocolate ice cream can fix just about anything. I get all that.

I'm having a tough time with Youngest Son right now. He's struggling with a lot of stuff, some of it really big. He's always been sort of the strong, silent type, but now he's blowing off steam in unhealthy ways. Of course, I am a favorite target.

Raising teens in today's world is not for the faint-of-heart. Raising teens with special needs, mental health issues and genetic disadvantages requires the faith of Mary, the courage of Aragorn, the endurance of a triathlete, and the beer of Guinness.

I'm at the point now where I'd *like* to give up. I won't - there's too much riding on it. But I'd sure like to say to this kid, "Look, I've done this four times now. I know the game, the rules and the outcome. Submit now." But it doesn't work like that. Each kid has to figure it out for themselves. Each kid has a different gift, skill, grace and joy that has to surface, be recognized and honed. Youngest Son isn't there yet - he isn't supposed to be. Right now, he's at the stage of being obnoxious.

Tallest Son is a precious boy, stubborn, sweet, compassionate, angry, silent. He is a gift. We'll get through this.