"She conveyed strength and a positive and confident spirit.” 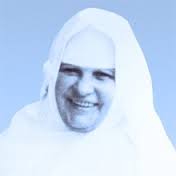 I have a thing for nurses. My mom is a (a-hem) retired R.N. (Nurses never, ever retire.) I know what a tough job they have, especially now, what with 12-hour shifts, more patients assigned to them, tougher medical situations and a plethora of medications to keep track of.

I ran across this story of a nurse, Bl. Maria Restituta, a nurse who was killed by the Nazis.A member of the Franciscan Sisters of Christian Charity, she strongly objected to the Nazi regime.


Blessed Maria opposed Nazi efforts to remove all crucifixes and replace them with the swastika.  She also promoted the “soldier’s song,” which contained a message about peace and democracy in Austria.

After being denounced to the Nazi secret police by a doctor, she was imprisoned, condemned to death and beheaded in Vienna at the age of 49, together with a group of Communist operatives she accompanied during the final moments of her life....

While in prison, Blessed Maria wrote: “It doesn’t matter how far away we are from everyone, it doesn’t matter if they take everything away. Nobody can ever take away the faith we carry in our hearts. This is how we build an altar in our own hearts.”