When things get hard, just give up 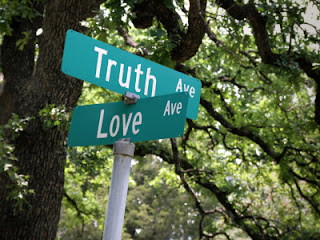 Where I live, Rob Bell is a bit of a celebrity. He used to pastor a mega-church in the area, and even though he's left, he still gets a lot of buzz around here. Now he's getting buzz wherever he goes.

First, he wrote a book that questioned the existence of Hell. You can imagine how that played out amongst the conservative evangelicals that were his primary audience. Now, in a Huffington Post interview, he has put his stamp of approval on gay marriage.

What are his theological reasons for doing so? He doesn't really  have any. Has he made a committed study of Scripture and come up with sound reasons for making this claim? Nope. Here's what he said:

"I am for marriage. I am for fidelity. I am for love, whether it's a man and woman, a woman and a woman, a man and a man. I think the ship has sailed and I think the church needs -- I think this is the world we are living in and we need to affirm people wherever they are...I think that when you're in a part of a subculture that is dying, you make a lot more noise because it's very painful. You sort of die or you adapt."

That's it: we Christians have to adapt to the world around us or die...and for Bell, the death part isn't a choice. Nope, we must "affirm" people wherever they are at, and if that means overlooking sin, so be it.

We just had an incident in our family with Eldest Son. He did something egregious. He's been on a very bad path for over a year now, and nothing we say, suggest, or discuss makes a darned bit of difference to him. He knows best, and we are idiots. It came to a boiling point, and we (that is, Dear Husband and I) had an intervention with him. We told him that until he gets straight with some legal problems, is receiving consistent counseling and spiritual direction on a regular basis, he can't be in our home. (Trust me, it was that bad.)

I wonder what would happen if Rob Bell were in this situation. Would he "adapt"? Would he "affirm" our boy where he is? (And just let me say, where our son is is a very bad, dark, and dangerous place.) Would Rob put aside everything he knows is right because the alternative is doing something so hard, so difficult, so against the grain of a parent's love that he would rather adapt than die that little death of saying to a child: "You are self-destructing. We love you. We pray for you. We will not help you in your self-destruction and we won't allow you to hurt your siblings."

Tell me, Rob, is that the love and affirmation you're talking about? If so, maybe you better read the Gospel again. Really focus on the parts where Jesus tells people, "Go and sin no more." There's nothing there about adapting and affirming.
at March 21, 2013