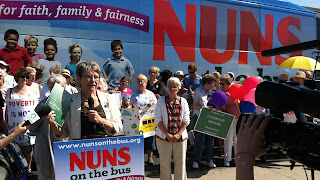 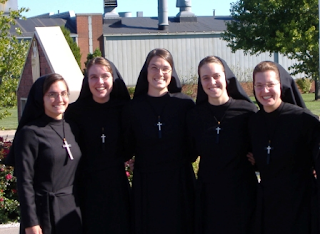 There was an article in The Washington Post complaining about "politics" and American sisters. The author said that the Vatican was playing soccer with the women who were choosing not to comply with the Vatican's authority. The following was my favorite reply to the article:

(I'm not a Catholic so my comment is only from my personal point of view.)

It disturbs me whenever I read about the apostate nuns in this group who criticize their own church with such vitriol. A nun, because of her vows, has pledged to live tthe doctrines of her church and to be faithful to it. Her self-righteous, blatant criticism of the Pope is shocking to me and shows the opposite of allegiance and commitment.

No one respects a person who takes a sacred vow then slaps and denigrates the person or organization she has made her vow to..
at April 22, 2013