Mama, don't let your babies grow up to be religion majors.... 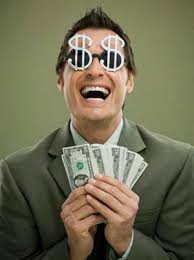 Now, I know that you want your kid to get a good education, and presumably, a job with which they are satisfied. But "market value"? Does that mean I should not encourage my children to follow a passion, just to chase a paycheck?

I have not one but TWO degrees in religion: a B.A. and then, because that wasn't enough geekiness, an M.A. And I have a job. A good job, that I like, that I utilize my education for.

Do I make as much as a surgeon? No, but I don't want to be a surgeon. I don't make as much as a public school teacher...but that's not where I'm supposed to be. I am where I am because I followed my passion...I prayed about what God wanted for me to do, and I believe He has blessed me for that.

But then, I'm a religion major.