The Feast of the Assumption, Fatima and my sister-in-law 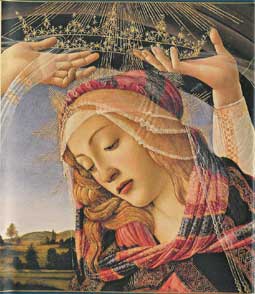 These are a weird couple of days for my family. Yesterday was the 14th anniversary of my sister-in-law's death in a car accident, an accident where her youngest son was also left with permanent brain damage.

Yet, two of my nieces have birthdays around this time, and we also celebrate the Feast of the Assumption. Like I said, it's a weird mix of sadness, nostalgia, longing and celebration.

My sister-in-law taught me a great deal about how to live my Catholic faith, especially as a wife and mother. She truly encouraged my devotion to Mary. When I was 15, I was blessed to go to Fatima. When I returned, my first stop was my brother and sister-in-law's house. It was quite late, but my sister-in-law stayed up with me until the wee hours, to hear about every moment of my trip.

It never occurred to me until much later that she could have been very jealous of my trip. She had never had the opportunity to travel like that, much less to a place like Fatima, where I'm sure she would have loved to go. But she didn't have a jealous bone in her body; she was just truly happy for me.

Later that summer, she encouraged me to make my consecration to Mary through St. Louis de Montfort...on the Feast of the Assumption. That day is burned so deeply in my memory - kneeling in the tiny, cramped country church which was lined with beautiful stained glass paid for by the hard-earned dollars of Polish immigrants, ablaze with candles, and making that consecration. My trip to Fatima had made an indelible impression on my Faith as well, and I was so joyful.

When my sister-in-law died, I was in such shock for weeks afterwards that the only thing I could do was pray the Rosary over and over. I couldn't formulate any prayers of my own, but I clutched that Rosary. I have clutched that Rosary many, many times since then.

I still grieve the loss of my sister-in-law, and pray that we'll be reunited in Heaven...along side the Blessed Mother, who has prayed with us and for us all these years.
at August 14, 2013