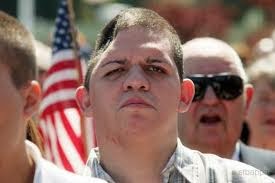 This nails down my parenting life ON THE HEAD:


When we think about bravery and courage, we often imagine those moments from movies.
A hero is up against impossible odds. It’s difficult but he leans into the challenge and survives! His girl, who is probably the brunette tomboy he ignored for the hot blonde all too long, will kiss him as the credits play.
Yay, bravery!
Bravery is grimaces and grinding it out and wiping sweat off your brow as you save the day!
Here’s the truth about bravery:
Bravery makes you want to throw up.
Bravery makes you cry. A lot.
Bravery makes you lose sleep.
Bravery makes you lose weight or gain lots of stress pounds.
Bravery is ugly and messy and not at all heroic looking when it’s really happening.
It’s hard. Next time you feel like a coward because you’re about to make a difficult decision and you feel like throwing up, don’t beat yourself up.
That’s not cowardice, that’s bravery you’re feeling.
Next time you cry those tears that feel so stupid because you think brave people wouldn’t, stop listening to that lie.
You’re brave.
With bloody knuckles, you’re brave.
With doubters laughing at you, you’re brave.
With butterflies not just fluttering in your stomach, but drunk on four loko shouting lyrics to Miley Cyrus’ “We can’t stop,” you’re brave.
Keep going.
at October 22, 2013