Want to see a drop in teen pregnancy? Get Planned Parenthood out of your town 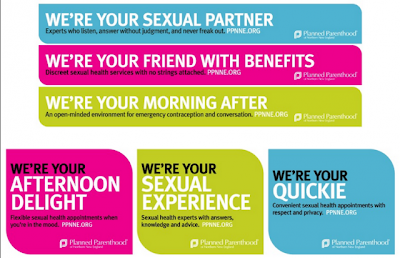 These are the ads aimed at teens from Planned Parenthood. Really.

Be clear: Planned Parenthood is not interested in teen health or the health of babies. They are in the abortion business, plain and simple. And to stay in business, they need pregnant women in crisis.