Proud to be a Cafeteria Catholic: I've got news for you, honey. You're not. Catholic, that is. 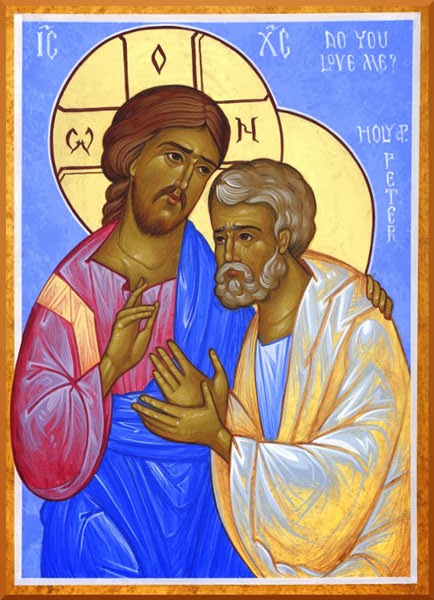 I don't know why I read the Huff Post. Well, I suppose it's the same reason I eat potato chips. They're light, airy, crunchy and addictive.

Rea Nolan Martin proclaims in a Huff Post piece that she is proud to be a "Cafeteria Catholic." We all know what that means: "I'm Catholic, but only on my own terms. I don't want to follow rules that impinge upon my whims."

Clearly, Martin is well-educated. She tells us she is:


I've studied the mystics and read the Summa by Thomas Aquinas just for fun. I've read the entire Bible more than once and the Gnostic gospels too. I've read every word Thomas Merton and Teilhard de Chardin ever published. I practice Lectio Divina and Centering Prayer.

Yet, she also knows that she is not going to listen to the wisdom of Christ, the Church He founded and 2,000 years of apostolic teaching guided by the Holy Spirit. She knows better. Plus, she has statistics on her side:
There's more, and you are certainly free to read it.

Now, reading Aquinas, Scripture and praying are all admirable. In fact, I encourage everyone to do it. This alone however, does not make one Catholic. (Following this logic, standing in a garage makes one a car.)

What makes one Catholic?

I believe in one God,
the Father almighty, maker of heaven and earth,
of all things visible and invisible.
I believe in one Lord Jesus Christ,
the Only Begotten Son of God,
born of the Father before all ages.
God from God, Light from Light,
true God from true God,
begotten, not made, consubstantial with the Father;
through him all things were made.
For us men and for our salvation
he came down from heaven,
and by the Holy Spirit was incarnate of the Virgin Mary,
and became man.
For our sake he was crucified under Pontius Pilate,
he suffered death and was buried,
and rose again on the third day
in accordance with the Scriptures.
He ascended into heaven
and is seated at the right hand of the Father.
He will come again in glory
to judge the living and the dead
and his kingdom will have no end.
I believe in the Holy Spirit, the Lord, the giver of life,
who proceeds from the Father and the Son,
who with the Father and the Son is adored and glorified,
who has spoken through the prophets.
I believe in one, holy, catholic and apostolic Church.
I confess one Baptism for the forgiveness of sins
and I look forward to the resurrection of the dead
and the life of the world to come. Amen.

That one, holy, catholic and apostolic Church? That Ms. Martin, is what makes one Catholic. You profess your belief in it, you are baptized into it, and you wholly accept its teachings despite your own recalcitrance, foibles, statistics and desires. I pray you do.