Getting chased by the Devil...don't worry: I'm running faster 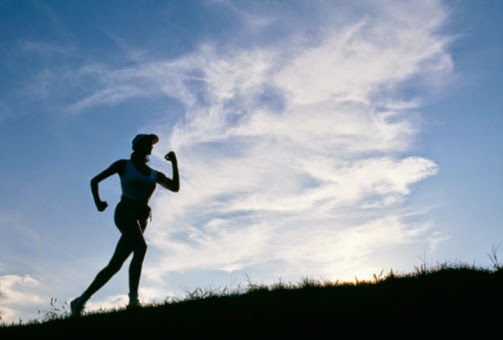 Yet, here I am running. Satan is chasing me. And I'm running.

Dark-haired daughter has been really sick for the past week and needed a lot of attention. Of course, Eldest Son was diagnosed with a mental illness and that took much of my time and energy. Easter was celebrated (gratefully!) but there was a lot of prep for that.

Then yesterday, a woman I do not know wrote me a letter at work. She had attended a lecture I gave two weeks ago. She wrote to tell me that the dress I wore was inappropriate, two sizes too small, and detracted from my talk.

I wholeheartedly admit I am often prideful about my appearance. I love clothes. I had chosen a new dress for that talk. It wasn't quite what I expected (I ordered it online), but I showed it to Curly-haired Daughter and my niece (both of whom will be brutally honest if necessary) and they gave it the thumbs up.

When I woke up this morning, I found a friend had responded to this story by saying, "Did you tell her, 'Get thee behind me, Satan!'?" It struck me that this was exactly what was going on. I'm trying my hardest to get closer and closer to God, and Satan is trying to chase me in the other direction. So, I am running.

I have laced up my running shoes, I have stretched and warmed-up, I am running. I will win this race. I will wear the crown. And that crown will fit just fine.
at April 24, 2014