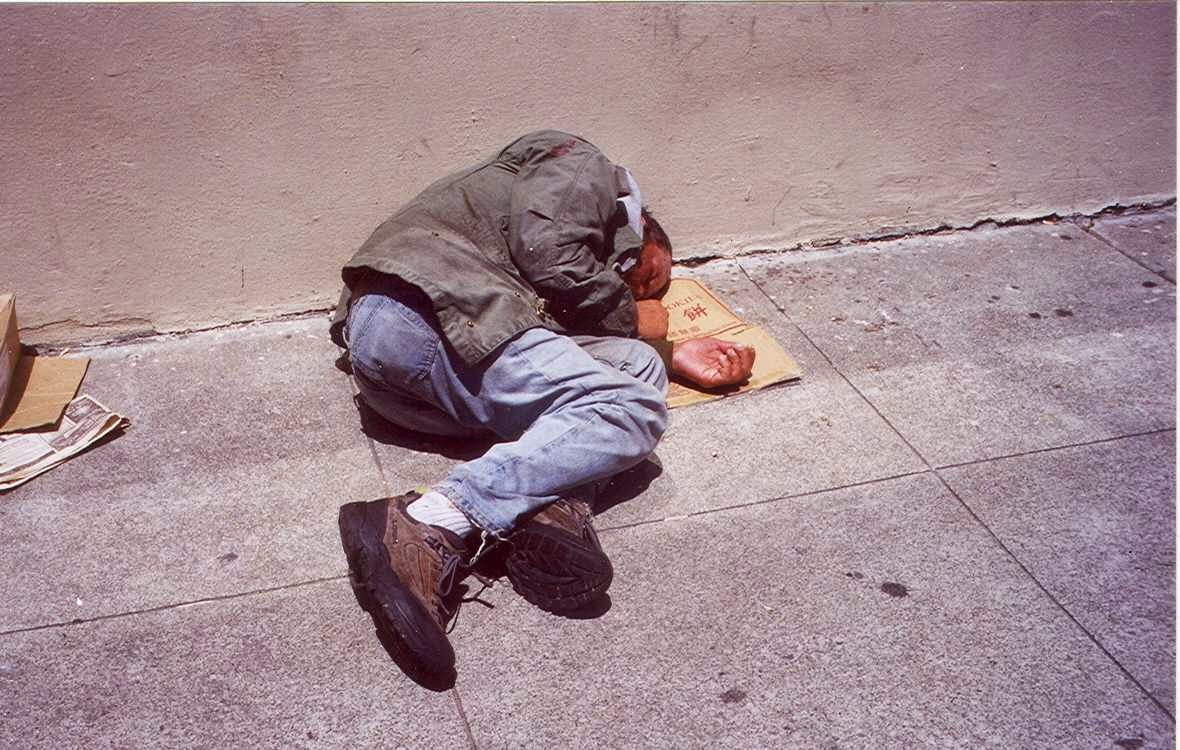 I left work yesterday, taking my usual route from the office to the expressway. As I turned a corner, I saw a man lying in the street, with another man standing over him. The one in the street did not appear hurt. I think he was either drunk, tired or both and just decided he'd had enough. So there he was, lying in the street.

Well, that won't do, I thought. I pulled over, put my flashers on and was getting ready to call 911. The man who was standing was urging the man down to get up, and just as I started to punch in the numbers, a police officer happened by.

The man lying in the street, with no enthusiasm whatsoever, crawled to the sidewalk, out of the street.

There are a lot of ways to look at this scene. One would be: "Damn old drunk. Deserves to get hit by a car."

Another might be: "The city really needs to do something about the homeless population. We simply can't have this."

I prefer the whole Jesus thing. Not the "what would Jesus do" idea (although that has merit), but rather "that is Jesus in His most distressing disguise" as Mother Teresa famously described the people she worked with.

I hope that I always see Christ in the people I encounter, even if its a drunk, elderly homeless man lying in the street. I hope my first and only intention is to help, granting the other dignity. I know I'll fail at this - time and again - but it is my intention.

Man Down! Jesus needs you!