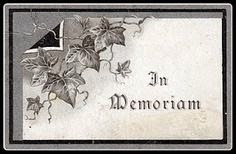 GRAND RAPIDS, Mich. (WZZM) -- Grand Rapids police have identified a body found in the Grand River Tuesday evening.
The body of Terry Douglas Bailey was found around 6:30 p.m. Tuesday near the river's east bank under the Fulton Street bridge.
Bailey, 51, was released from the Kent County Jail on Friday after serving four days for possessing open intoxicants in a city park.
He listed his address as Mel Trotter Mission on Commerce Avenue SW, about a half-mile from where his body was recovered.
Bailey has more than a hundred arrests for misdemeanor charges dating back to 2008, including consuming alcohol in public, disorderly panhandling and trespassing. A cause of death remains undetermined, pending the results of an autopsy.

I don't know this man. I see a lot of men like him every day.

This was one of the saddest things I've read in a long time. I pass no judgement on this man, for I do not know his story. However, he died a sad and lonely death, in what appeared to be a sad and lonely life. No one should go "unprayed" for at their death.