Anointing of the Sick and a mission I didn't ask for 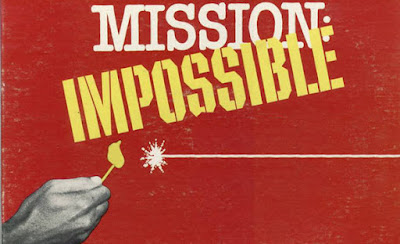 At Mass, this past Sunday, we celebrated the Anointing of the Sick. I've never figured out why more people don't avail themselves of this sacrament, especially since it's one where the recipient really doesn't have to DO anything (other than pray and receive the grace - easy peasy!)

Anyway, "K," our pastoral associate, asked if I'd like to receive, and I said yes. (Actually, I nearly shouted "yes" but we were in church right before Mass started. I contained my enthusiasm.) She told me there were two other people, and she would seat them next to me in the front pew. One was a older lady bent over from osteoporosis, who told me she was nervous - "I've never done this." I tried to assure her that it was not only painless and easy, but quite helpful.

Father began his sermon  by announcing that we were celebrating this sacrament following the homily. Then he said that the sick - whether it was an illness of mind, body or spirit - were those whom God was asking a special mission of.

Wha??? Huh? I don't remember that. There was no cassette telling me of a mission "if you should choose to accept it." No voice from above saying, "You are sent forth" or any other obvious announcement. Nope, I just know that I'm in pain.

And the pain has been ghastly these past few days. I'm finding it hard to walk, I'm only sleeping a few hours a night and the pain reaches from the middle of my back to my toes. My mission remains unclear. I feel like one of the Jews wandering in the desert: "Where are we? Aren't we supposed to have come across the Promised Land by now? What's going on???"

It seems as if, in the realm of superheroes and paperback protagonists, that they don't often set out with a specific mission in mind. They know they cannot stand injustice or that someone needs to stand up for the Average Joe or Jill, but a specific case? No; they either stumble into one or wait until the Bat signal or its equivalent draws them out.

These past few days I've been wondering what mission God could possibly have in mind for me that required so much pain on my part. Frankly, a big chunk of me is saying, "Mission?? I do't need no stinkin' mission!!" I'm just trying to stay healthy, holy, and live out my vocation of being a wife, a mother, and employee.

Yet there I was, with my face uplifted and my hands held out, allowing the healing oil to be placed on my body, soothing my spirit. I truly don't know why God is asking this of me, but I'll trudge along, holding His hand and clinging to Mary's mantle. I've received this sacrament 3 times in the past 2 months, so God clearly has a mission for me.

Whatever it is, I'll just show up. I figure God will take care of the details of the mission.
at September 22, 2016