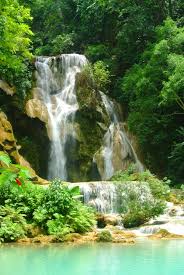 I've been staying away from the news and social media as much as possible. My mom used to call it "The Silly Season:" that time we are inundated with political ads. Between those, the Kavanaugh hearings, and the situation with the Church, I'd like to curl up in a ball with a dozen bags of Hershey's candy and a couple bottles of Moscato. Wake me for the Rapture.

See? That is exactly what I'm talking about. I write something about the Rapture, and I have to explain that I know the Church's teaching on the topic and I am in agreement with the Church. Sometimes a joke is just a joke, people!!

I am angry and tired and discouraged. I'd like, in a very motherly way, to knock a few heads together. I don't want to do this anymore.

One great thing about belonging to a  Church that is a few thousand years old is that when something happens, we can almost always point to a time in history when something similar happened. Let's be honest: there are no new sins under the sun. Humans are not terribly creative: we do the same stupid stuff over and over.

St. Francis of Assisi knew this. Heck, if he'd been alive today, St. Francis would have been posting videos of his parties, as he stood on the table laughing and signing, a bottle in one hand and the other fondly pulling a pretty little thing closer.

Of course, that all changed. St. Francis was able to be as passionate about the Church as he had been about entertaining. And the Church needed him - it was a mess: bribery, sex, power - this should all sound familiar.

Author Georges Bernanos, writing about Francis, notes that Francis didn't look at the very wounded Church and decide to leave it. Nor did he seek out a position of power in order to "fix" things. No, says Bernanos, Francis "threw himself into poverty...Instead of trying to snatch from the Church all her ill-gotten goods, he overwhelmed her with invisible treasures..."

Yes! I can't fix the government, or the scandalous behavior of our leaders, both secular and religious. But I can pray. I too can overwhelm Church and society with "invisible treasures."

Bernanos continues: "Would you still allow me to say, however, in order to be better understood by some readers, that what the Church needs is not critics but artists?,,, When poetry is in full crisis, the important thing is not to point the finger at bad poets but oneself to write beautiful poems, thus unstopping the sacred springs.

I know many of us are praying very hard right now for our nation, for our Church, for our families. However, I think far too many of us are waiting on God to answer those prayers. In the mean time, we need to get busy. We have to become artists, creating beautiful poetry and supporting all those who are doing the same. This, my friends, is what God is waiting for us to do, so that He may unstop the river of graces He has prepared for us.
at October 10, 2018